0
was successfully added to your cart.

Dance is a type of art that generally involves movement of the body, often rhythmic and to music. It is performed in many cultures as a form of emotional expression, social interaction, or exercise, in a spiritual or performance setting, and is sometimes used to express ideas or tell a story. Dance may also be regarded as a form of nonverbal communication.

Highland dancing is a competitive and technical dance form requiring technique, stamina, and strength, and is recognised as a sport by the Sport Council of Scotland.

Highland dancing should not be confused with Scottish country dancing which is both a social dance (that is, a dance which is danced with a partner or partners) like ballroom dancing, and a formation dance like square dancing.

The History of Highland Dancing

It seems that forms of sword dancing were performed by warriors in many parts of Europe in the prehistoric period. Forms of sword dancing are also attested in the late Medieval period. Ritualistic and combative dances that imitated epic deeds and martial skills were a familiar feature in Scottish tradition and folklore. The earliest reference to these dances in Scotland is mentioned in the Scotichronicon which was compiled in Scotland by Walter Bower in the 1440s. The passage regards Alexander III and his second marriage to the French noblewoman Yolande de Dreux at Jedburghon 14 October 1285. “At the head of this procession were the skilled musicians with many sorts of pipe music including the music of bagpipes, and behind them others splendidly performing a war-dance with intricate weaving in and out. Bringing up the rear was a figure regarding whom it was difficult to decide whether it was a man or an apparition. It seemed to glide like a ghost rather than walk on feet. When it looked as if he was disappearing from everyone’s sight, the whole frenzied procession halted, the song died away, the music faded, and the dancing contingent froze suddenly and unexpectantly.”

At Highland games, the Highland dances were at first danced only by men. Women would take part in social dances, and girls did learn solo dances as part of their general dance classes. In fact, dancing masters would often encourage their most promising students (male or female) to perform solo dances at their end-of-term “assemblies”.

In the late 19th century a young woman named Lorna Mitchell decided to enter a Highland dance competition. As this was not expressly forbidden, she was allowed to enter. Since then the number of females participating in the sport has increased until today in excess of 95% of all dancers are female. There have been several female World Champions crowned at the Cowal Gathering since they began organising the competition in 1948. Indeed the first three Adult World Championships were won by ladies: May Falconer (1948), Margaret Samson (1949 and 1950). 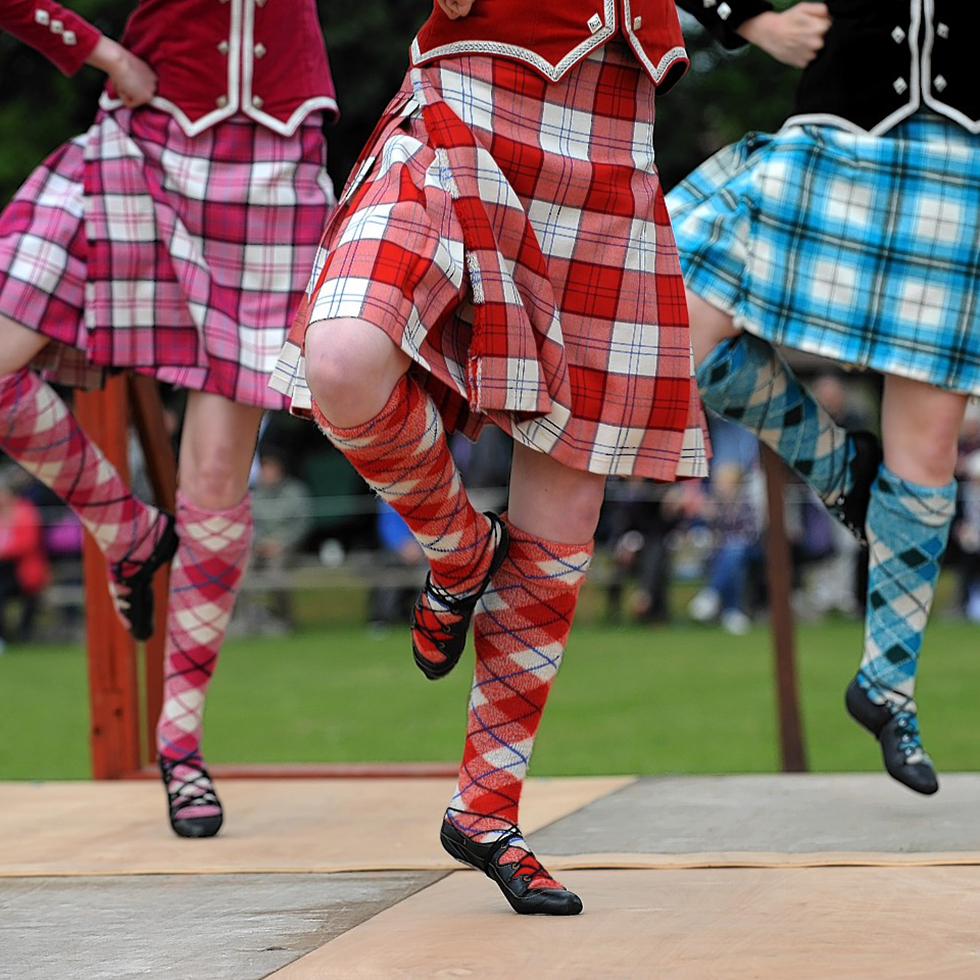 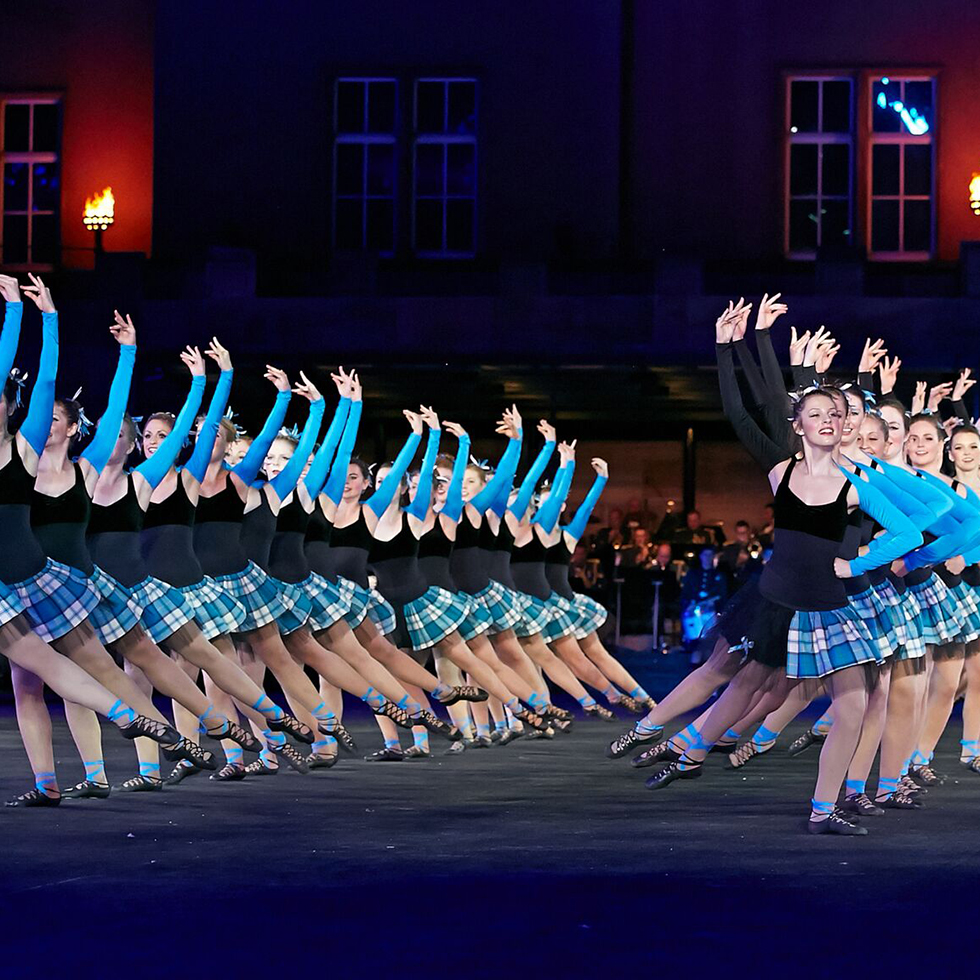 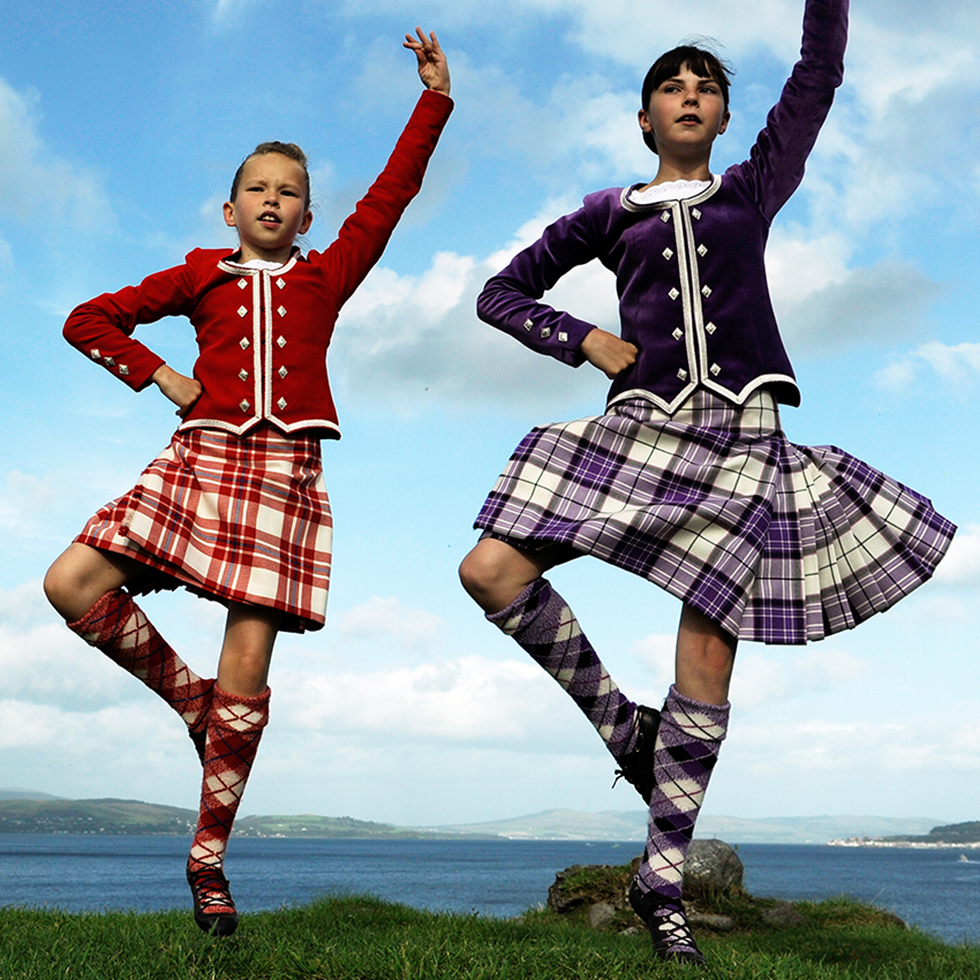